The IMO target of halving global emissions by 2050 is supported and addressed by the maritime industry, representing 80-90% of international trades. If action is not taken promptly, marine fuels' demand with associated carbon emission will grow steadily. LNG and Methanol are two alternate fuels that have passed many international legislation hurdles and are now part of many global projects.

Two critical factors of adoption will be price and global availability relative to current bunker fuels. We have graphed below the costs of current and future fuels. Our methodology for these graphs can be found at the bottom of the page. 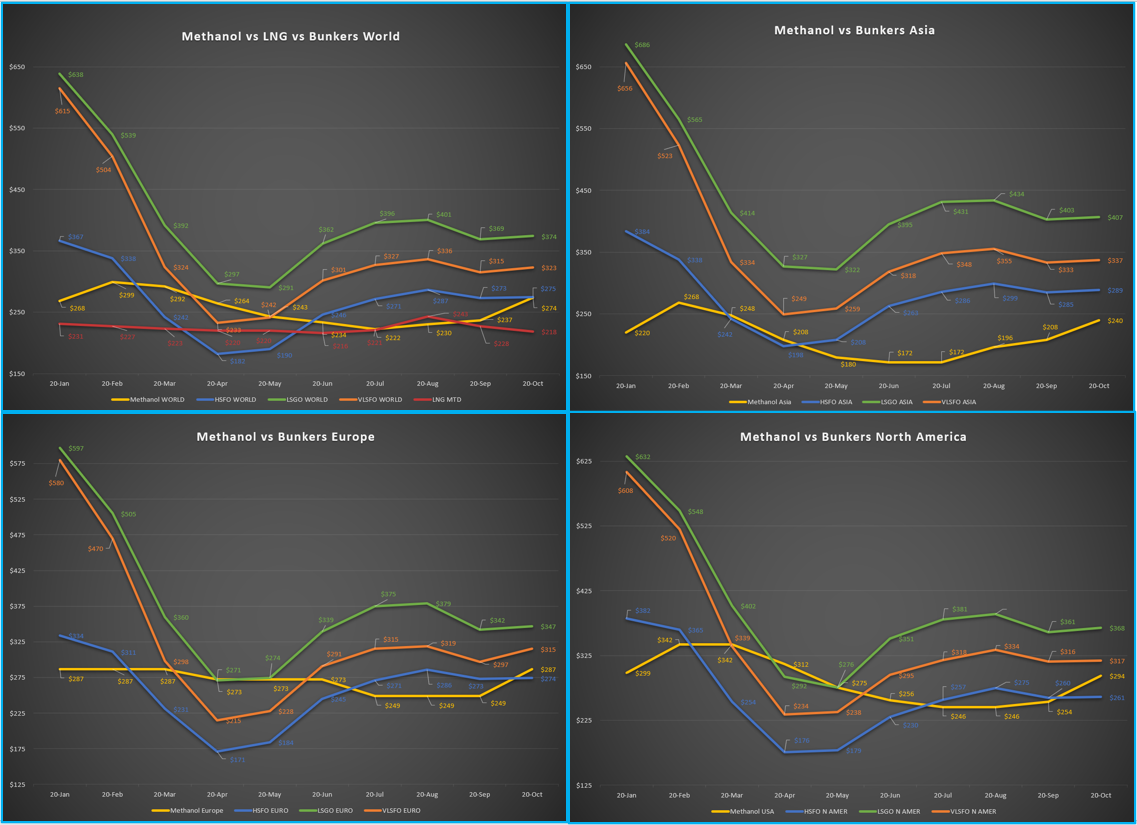 A technical note that might impact LNG price is that it needs to be kept at -62 Deg C, which involves considerable logistical and infrastructural consideration. In contrast, methanol has characteristics closer to conventional bunker and is more compatible with existing bunkering infrastructure. Methanol, however, occupies more than twice the space of VLSFO, which affects both the shore and shipping infrastructure (tank size).

Methanol and LNG as graphed are competitive but will change as the nascent supply chain will mature.

It is too early to predict price, as recent history proved with the forecast of a $200 MT spread between HSFO and VLSFO that has so far been incorrect.

Clearlynx will, via its market data app platform, continue to report on prices and ports of supply as they become available and look for suppliers and owners who are using the product to help us in our efforts to bring more transparency to the industry for this significant alternative fuel initiative.